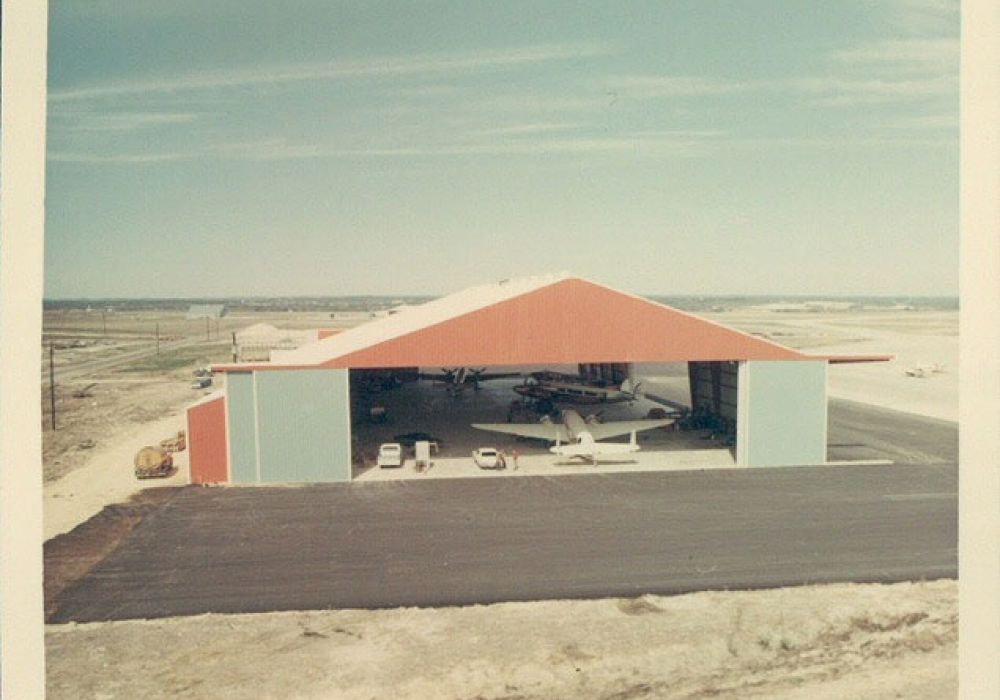 In 1964 Dee founded The Dee Howard Co. (DHC) based at San Antonio International Airport. DHC soon became the industry leader in engineering and production of performance improvements and quality products for the emerging business and commercial jet aircraft markets. But Dee did not totally abandon the non-jet market.

DHC’s first product was the Spar Mod for the Beech 18 aircraft, followed by the development of the Eldorado 700 aircraft, and maintenance of the Howard Aero aircraft. But Dee quickly turned his attention to business jets.

When the new business jets were first introduced they were equipped with drag-chutes for emergency stopping. It wasn’t long before business jet thrust reversers went to the top of Dee’s list of important things that needed to be done. The rest is history.

With the introduction of the fan-jet engines for business aviation, The Dee Howard Co. entered into a joint venture with a French engineer, Etienne Fage, to develop cold flow thrust reversers for high bypass fan jet engines. Etienne was one of the original development engineers for the supersonic Concorde.

Dee continued to invest in research and development of cutting edge technology, engineering, and aircraft performance improvements, diversifying his business base and growing his company , the growth always being led by DHC state of the art engineering and proprietary technology. Some of the programs and services offered by DHC included:

In 1988, twenty-four years after its founding in 1964, The Dee Howard Co. had grown to over 1,500 employees and more than 350 engineers on over 54 acres at San Antonio International Airport. This included more than 550,000 square feet of buildings and three hangars that could house wide body aircraft such as B747s and DC-10s.

In 1988, Dee sold a 40% interest in DHC to the Italian aerospace company, Aeritalia (now known as Alenia, a division of Finmeccanica) to continue expansion of global business opportunities for the company and to secure a major long term commercial aviation employer for his employees and San Antonio after he was no longer involved in day to day management of the company.

Between 1988 and 1991 Dee transferred his remaining 60% interest in DHC to Alenia and passed the baton in the aircraft business to others. But the final chapter in Dee’s storied career had not been written. Far from it.

After Dee left DHC he founded River City Products, Inc. (RCP) to focus on his other engineering passion, automotive engineering. Specifically, to improve highway safety by making heavy over the road vehicles directionally stable, less fatiguing, and safer to drive. Dee licensed RCP to manufacture and sell the Howard Precision Steer Wheel Control System which is still in service on more than 3,000 heavy over the road buses, trucks and recreational vehicles that have collectively driven hundreds of millions of in-service miles.